You're Only as Redundant as Your Weakest Link - Part 2

This post is part 2 of a two part series that talks about plugging in your servers properly for redundancy. This post will discuss network connectivity, and our previous post was about power.

During the sales and implementation process, we always recommend that customers buy as much redundancy as they can justify financially. To that end, in many cases customers choose to have two (or more) connections to our network distribution switches for redundancy.

This works, but only if plugged in and configured correctly.

When network connectivity is delivered to a customer's cabinet in the data center, they will typically plug that into a firewall or layer 3 switch and then their servers would plug into that switch or a separate distribution switch. This setup can work great, but what happens if there is a hardware failure from either the data center's switch or the customer's firewall or switch? In a single connection implementation, the customer would experience a network outage.

How do we engineer a better solution? Redundant connections from diverse switches, connected via BGP to redundant firewalls or layer 3 switches in the customer's cabinet.

Logical diagram of Net Access infrastructure involved in this configuration:

Once the connectivity reaches the customer's infrastructure, we recommend dual HA firewalls linked to dual switches, with servers dual-connected to both switches, as depicted below. 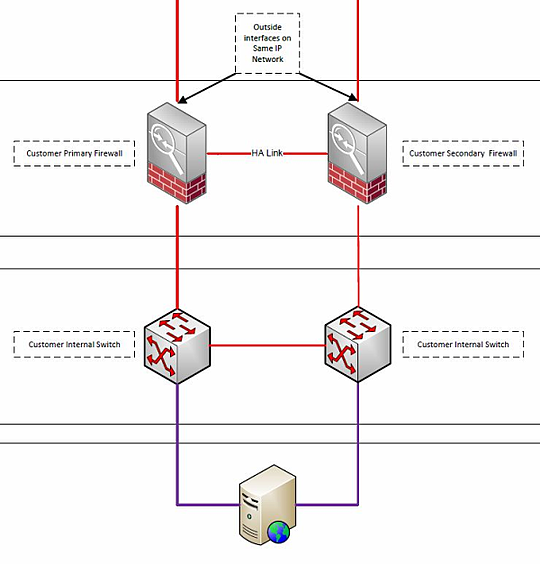 Look complicated? No problem, our network engineers are happy to provide guidance to our customers to make sure they are connecting everything with the highest level of redundancy possible.

For a free consultation with our technical team, feel free to click the button below and we will setup a time to discuss this further with you.

You're Only as Redundant as Your Weakest Link - Part 1

This post is part 1 of a two part series that talks about plugging in your servers properly for redundancy. This post will discuss power, and our next (part 2) post will talk about network connectivity.

One of the main reasons customers utilize data center colocation services is to lower risk. From CCTV cameras, biometrics, and man-traps for security to generators and UPS battery backup systems for redundancy, data centers are designed to be a secure, reliable, and solid foundation that clients can build their IT infrastructure on.

Putting your servers in a data center gives you a level of redundancy that is typically unattainable at an office building, but it's only the first step. Just as important as where you're locating your server is how you're plugging it in.

During the sales and implementation process, we always recommend that customers buy as much redundancy as they can justify financially. To that end, in many cases customers choose to have a pair of power circuits installed to their cabinet for redundancy. (If one circuit goes down, the other circuit can provide the required power.)

This works, but only if it's plugged in correctly. There are two things to think about:

When a power circuit is delivered to a data center cabinet, it is typically in the form of a power outlet. Instead of plugging servers directly into the outlet, a device called a power distribution unit (PDU) is used. Basically this is a fancy power strip not so unlike what I have under my computer desk covered in a maze of cables.

Each PDU is plugged into a power outlet, and all the devices in the cabinet plug into the PDU. This is where diversity becomes important. If you are spending the money to locate your equipment in a data center, and purchase redundant power circuits from your data center, and buy servers with redundant power supplies, then it is very important that you plug in one of your server's power cords into one PDU, and the second power cord into a different PDU.

Alternatively, if you accidentally plug both power cords for the same server into the same PDU and that PDU or power circuit goes down, you are going to have some explaining to do.

This brings us to the next thing to think about, capacity. When you are plugging in your servers to redundant PDU's, one of the purposes for that is that if one of the power circuits goes offline, you will still be plugged in to a working power circuit. In order for this failover to work though, you need to make sure there is enough capacity available on each circuit. To ensure capacity, you can only use up to 40% of the circuit capacity for each circuit in the pair.

For example let's say you have two x 20 amp 120v (L5-20) circuits installed in your cabinet. Since the power breakers will trip once you reach 80% circuit load, your theoretical maximum for a 20 amp circuit is 16 amps. If you have two x 20 amp circuits for redundancy, you need to make sure that you are not putting more than 8 amps of load onto each circuit. This means that under normal operations, both power circuits will be pulling about 8 amps, but if one of the power circuits goes down, the remaining circuit would be pulling up to 16 amps.

If you overload either (or both) of the circuits, when you lose one circuit the load will try to transfer to the remaining circuit but you will exceed the 80% threshold and pop a breaker. 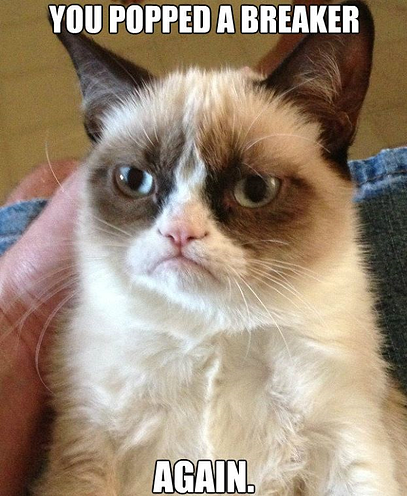 By keeping diversity and capacity in mind, you can configure your IT infrastructure with redundancy at every step.

Stay tuned for Part 2 later this week, where we will talk about methods of plugging in your network connectivity for redundancy.